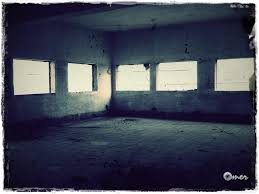 Are ghosts real? Most people today think that a “ghost” haunts things like people and houses. The physical description of them varies from person to person. And a lot of times they have stories to back up what they are saying. Like one gentleman told me that he heard a lamp crash in the middle of the night. Most of the time it is things falling or something making a noise. So what is the explanation for all this? Most of the time it is just our imagination or some other force or object that made the thing fall or that made a noise.

In the King James Version the word ghost appears 108 times. But, the times it is used it is never referred to as a dead persons spirit. It is used in two ways. First, it is used in the phrase “to give up the ghost”, meaning to die. Second it is in the title, “The Holy Ghost” which is the third person in the Trinity. The bible says a spirit cannot haunt a house when the person has died. Job 7:9-10. Can we communicate with the dead? In Leviticus 19:31, it says that we should not seek after them, to be defiled by them (meaning the spirits of the dead.) And also trying to communicate with the dead is also considered witchcraft or sorcery in the bible, which is a sin. Sometimes it might be one of Gods angels looking over you if you have that “ghostly” feeling. Psalm 91:9-11 says that God gives his angels charge over us.

I do believe that sometimes it could be an angel watching over you. The supernatural world is complicated and cant always be explained by human explanations. So going back to the question, “are ghosts real” you can probably say no the way the world defines it as. And they definitely do not haunt things, and try to scare people on this earth.