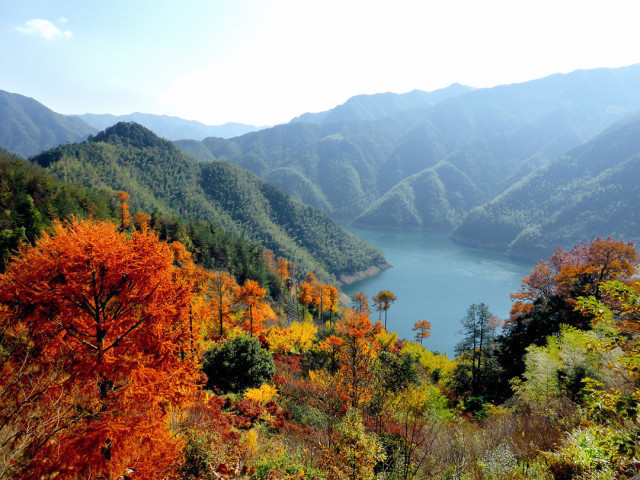 Throughout history, there has been many instances that we can say have “changed the course of history”. Events that have such a significant impact in the big picture that if they hadn’t happened history would not be the same. When looking at the Bible as God’s big plan we can see several instances that had a significant impact on God’s plan for redemption. We are going to look at some lesser known events that had a huge impact on God’s plan throughout this series and see what they can teach us. So let us begin the study of God’s plan for redemption.

After creation and the fall and the flood we see a story that is significant in many ways. It includes 2 brothers, a pot of stew, and a birthright. The order in which these events took place changed the course of history and without it, God’s plan may have been altered.

The story I am referring to is the giving up of Esau’s birthright to his brother Jacob in Genesis 25. Jacob and Esau were both sons of Isaac. The first-born had the birthright from their father which included much of the family’s inheritance, they became the priest of the family, and other privileges accompanied the birthright. One day, after coming back from hunting, Esau was hungry and Jacob was preparing stew. Esau famished from the hunt, wanted the stew but Jacob had a proposition. Esau was the first-born which meant he had automatic rights to the birthright. However, Jacob wanted the birthright so he made a deal with Esau. If Esau would give up his birthright to Jacob, Jacob would give him some stew. Esau, motivated by his starvation, accepted the trade and that was it. Esau gave his birthright to Jacob over some stew. History had been changed forever and the plan of God was in effect.

This story doesn’t end there, however. Jacob now had the birthright but his mother, Rebekah wanted him to have the father’s blessing as well. In Genesis 27:5-17 we see the story start to unfold. The passage says,

“Now Rebekah was listening as Isaac spoke to his son Esau. When Esau left for the open country to hunt game and bring it back, Rebekah said to her son Jacob, “Look, I overheard your father say to your brother Esau, ‘Bring me some game and prepare me some tasty food to eat, so that I may give you my blessing in the presence of the Lord before I die.’ Now, my son, listen carefully and do what I tell you: Go out to the flock and bring me two choice young goats, so I can prepare some tasty food for your father, just the way he likes it. Then take it to your father to eat, so that he may give you his blessing before he dies.”Jacob said to Rebekah his mother, “But my brother Esau is a hairy man while I have smooth skin. What if my father touches me? I would appear to be tricking him and would bring down a curse on myself rather than a blessing.” His mother said to him, “My son, let the curse fall on me. Just do what I say; go and get them for me.”So he went and got them and brought them to his mother, and she prepared some tasty food, just the way his father liked it. Then Rebekah took the best clothes of Esau her older son, which she had in the house, and put them on her younger son Jacob. She also covered his hands and the smooth part of his neck with the goatskins. Then she handed to her son Jacob the tasty food and the bread she had made.”

As the story goes, Jacob ends up pretending to be Esau, he receives the blessing from Isaac, and he now has the birthright and the blessing of the father. One might start to feel bad for Esau for he is the one that is being cheated and taken advantage of. Jacob seems to be deceiving and lying to his father given his mother’s influence. So why is this all happening? It was happening because it was all God’s plan.

If we look back just a bit further in Genesis 25 we see God’s plan starting to be revealed. In Genesis 25:23 it says, “The Lord said to her, “Two nations are in your womb, and two peoples from within you will be separated; one people will be stronger than the other, and the older will serve the younger””. It was from the beginning that God wanted Jacob to have the birthright and blessing and carry on the genealogy leading to Christ and that is exactly what happened.

So what can we learn from this story? It can’t be that God wants us to deceive people to get what we want, though that may be what it seems like. Let’s focus on the spiritual aspect. The blessing and birthright were spiritual blessings. In the beginning, Esau traded his birthright or “spiritual blessing” for food or a “physical blessing”. Hebrews 12:16-17 it says, “See that no one is sexually immoral, or is godless like Esau, who for a single meal sold his inheritance rights as the oldest son. Afterward, as you know, when he wanted to inherit this blessing, he was rejected. Even though he sought the blessing with tears, he could not change what he had done.” This shows that Esau sought back the spiritual blessings because he realized it meant more than any physical need. We need to remind ourselves of this daily. Ephesians 1:3, “Praise be to the God and Father of our Lord Jesus Christ, who has blessed us in the heavenly realms with every spiritual blessing in Christ.” We have received the spiritual blessings in Christ and we must not sell them or compromise them for earthly things that will not last.

We can also see God’s purpose being fulfilled and sometimes we need to look for God’s purpose in our own lives. Perhaps God is calling us for something big and we just need to listen to hear his calling. Even though Esau was born first, God wanted Jacob to carry on the inheritance and family line. God always has a great plan for us, just not always in the way we think it should go.